Tax credits are an important tool in the fight against poverty 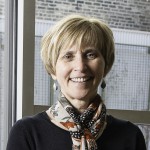 The Earned Income Tax Credit (EITC) is one of the nation’s largest and most effective anti-poverty programs. Nationally, in 2013, the EITC and the Child Tax Credit (CTC) lifted 9.4 million people out of poverty, more than half of them children.

As the CEO of CAP Services, an anti-poverty nonprofit serving clients in your community, that is something I care deeply about. It is likely something you care about as well. Most of us want to live in communities where individuals and families get a fair shake, and for the last 40 years EITC has made life better for millions of workers.

Why is it important to have an EITC Awareness Day each year? One-third of the EITC population changes each year. The IRS estimates that four out of five workers claim the EITC they earned. We want to raise the number to five out of five.

In 2015, 27.5 million workers received more than $66.7 billion in EITC refunds. Money that comes in through EITC – as much as $6,242 for some workers – provides a much-needed financial boost and often stays in the local economy, helping individuals and families pay for groceries, rent, utilities and other bills, as well as opening up educational opportunities and helping people establish a rainy day funds.

EITC eligibility depends on several factors, including income and family size. CAP Services offers free tax help through its Volunteer Income Tax Assistance (VITA) program to help you prepare and file your taxes and claim any refunds due to you. Visit capservices.org/vita or use the VITA locator tool on IRS.gov to find a volunteer site near you.

Volunteers – trained by the Internal Revenue Service – ask you the needed questions to find out if you qualify for the EITC and other refundable tax credits. VITA volunteers also prepare and e-file (electronically file) your tax return at no cost to you.