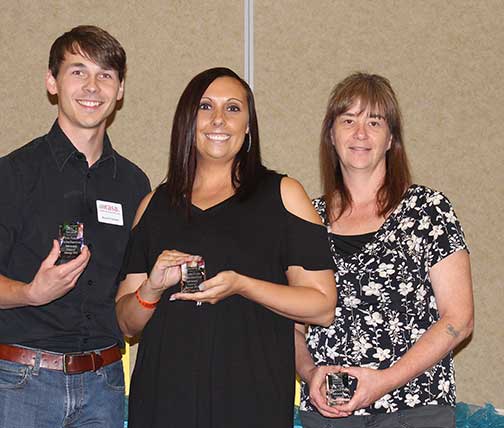 “I feel both honored and humbled by this recognition, and am thankful to be part of such an incredible team of people,” said Beilke, who works as a Sexual Assault Victim Advocate in CAP’s Waupaca office.

Sexual violence is pervasive in Wisconsin. The most recent National Intimate Partner and Sexual Violence Survey found that 35.5% of women and 18.8% of men in Wisconsin experience contact sexual violence during their lives.

The Wisconsin Coalition Against Sexual Assault (WCASA, www.wcasa.org) is a membership agency comprised of organizations and individuals working to end sexual violence in Wisconsin. Among these are the 56 sexual assault service provider agencies throughout the state that offer support, advocacy and information to survivors of sexual assault and their families.

CAP Services, Inc. is a private, nonprofit community action agency that has been advancing social and economic justice for people and communities in Marquette, Outagamie, Portage, Waupaca and Waushara counties since 1966.